Some Christian Objections to Apologetics

Previous
Some Christian Objections to Apologetics 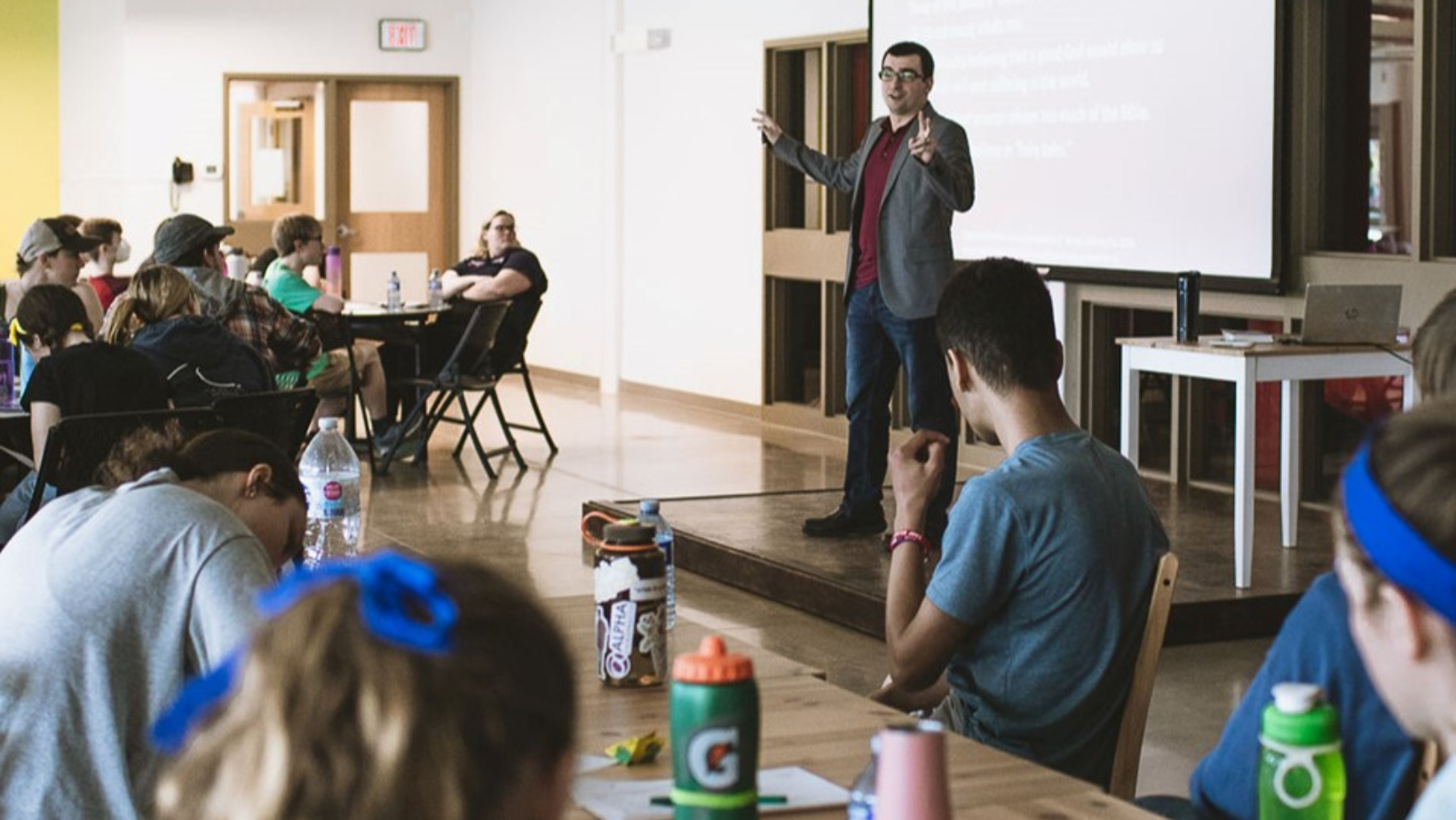 I’ve been doing this ministry for a while now and I confess that I’ve lost count of how many times Christians have told me that ministries like Ratio Christi are misguided at best or harmful at worst.

I’ve been harassed on social media by critical churchgoers.

I’ve even been straight-up yelled at by fellow congregants at my own church.

Unfortunately, in our largely anti-intellectual church climate, it should come as no surprise when we receive objections from within our own fold to the use of apologetics. However, we should just as readily be prepared to answer such objections.

In a previous post, we addressed some of the Bible verses that allegedly promote blind faith. Our present attempt will be to answer some other types of objections to apologetics raised from within the Christian community. We’ll work our way through four of these and start with the most serious one.

You might sometimes hear certain Christians claim that apologetics is, in fact, a sinful enterprise to pursue in the first place. The reasoning behind this is pretty straightforward: when we attempt to give arguments and evidence for either God’s existence in general or the truth of Christianity in particular, we are putting God on trial and wrongfully placing sinful man as judge over Almighty God.[1] However, there are at least two problems with this line of reasoning.

First, there is absolutely no indication anywhere in Scripture that it is sinful to use apologetics. In fact, quite the opposite: apologetics is both commanded (e.g., 1 Pet. 3:15) and modeled for us throughout the Bible. Indeed, if apologetics was sinful, then we would have to conclude that God’s Word commands us to sin and models how to do it! I would hope that not even the most ardent Christian opponents to apologetics would hold to such a view.

Second, if it were sinful to give evidence for God’s existence, then this would mean that God himself sinned by giving us general revelation—evidence of his existence in creation (see Ps. 19:1-4; Rom. 1:19-20; Acts 14:15-17)! Again, not a conclusion I think any Christian would want to grant.

So it doesn’t seem very reasonable to accept the claim that apologetics is sinful.

“Apologetics Removes the Need for Faith”

Some Christians are genuinely concerned that apologetics removes the need for faith. In other words, while it may not be a sinful enterprise, it’s nonetheless counterintuitive. However, such a concern arises from a faulty understanding of faith and reason.

Biblical faith is not blind belief but reasonable trust. Specifically, Scripture calls us to trust in God and his promises. It further says that we can use our reason to demonstrate that we can trust (i.e., have faith) in God through Jesus Christ for the fulfillment of those promises (see, e.g., Acts 17:1-4; Heb. 11:1-12:2).

So rather than remove the need for faith, apologetics actually points to faith.

“You Can’t Argue Someone into Heaven”

The objection to apologetics I’ve personally heard most frequently goes something like this: “You can’t argue someone into Heaven. You need to simply love them instead.” An entire blog post could be dedicated solely to addressing the many problems with this objection, but we’ll limit ourselves to a few key points in response.

First, it’s absolutely correct that you can’t argue someone into Heaven… but you can’t love them into Heaven either. Only faith in Jesus Christ saves, and this comes through believing the gospel (Rom. 10:14-17). Both apologetics and acts of love are supplements to a clear gospel presentation, not replacements. Both can serve to demonstrate the credibility of and increase receptiveness to the Good News.

Second, evangelism and apologetics are themselves acts of love. The shared goal is to present and demonstrate truth, and Scripture indicates this is meant to be characterized by love, humility, gentleness, and respect (Eph. 4:15; Col. 4:6; 1 Pet. 3:15). Furthermore, the good news of the gospel is that we can have eternal life in Christ, and what could be more loving than sharing that truth with others and, if needed, giving them reasons to believe it?

Third, intellectual barriers to faith are very real and are one of the leading reasons given by young people for abandoning the faith. So if we want these young people to come to a saving knowledge of the truth, then we need to remove the barriers they raise, including the intellectual ones (2 Cor. 10:3-5).

Apologetics and acts of love are not mutually exclusive enterprises. Both are essential to the Christian witness.

Besides Jesus, the apostle Paul is widely considered to be the next greatest apologist to have ever lived. However, some Christians think that he actually gave up on apologetics partway through his missionary journeys.

The idea is basically that Paul tried setting forth a full-blown case for Christianity in Athens (Acts 17:16-34) but it failed, so he subsequently changed his evangelistic tactics. As evidence for this view, proponents point to the less-than-desirable results of the encounter (v. 32-33) as well as Paul’s claim in 1 Corinthians 2:2 that he “decided to know nothing among you [the Corinthians] except Jesus Christ and him crucified.” Once again, a great many things could be said in response, but let’s highlight two key points.

First, Paul’s evangelistic results in Athens were no different than his efforts anywhere else: some rejected the message, some believed, and others wanted to hear more. So to point to those in Athens who didn’t believe as evidence that apologetics doesn’t work is misleading. What’s more, we find Paul resuming his practice of reasoning and persuading immediately after leaving Athens (Acts 18:4), so he clearly wasn’t dissuaded from his usual approach.

Second, as discussed in a previous post, Paul’s words to the Corinthians have nothing to do with abandoning apologetics but are about not changing his preaching of the cross (which was foolishness to the Greeks) and not dressing it up with Greek rhetoric. Furthermore, Paul’s letter contains Scripture’s most detailed apologetic for the resurrection (1 Cor. 15), and his sequel letter reaffirms the need for using apologetics in his own ministry (2 Cor. 10:3-5).

So no, Paul didn’t give up on apologetics, and neither should you.

[1]One might also hear this line of reasoning being set forth by certain presuppositional apologists against the use of evidential or classical apologetics, but such is not the context of the objection addressed in this blog post. Ratio Christi takes an integrational approach to apologetics, finding usefulness in presuppositional, evidential, classical, and other methodologies. This post does not favour any method over against another.