How the Bible Defends the Faith

Previous Next
How the Bible Defends the Faith 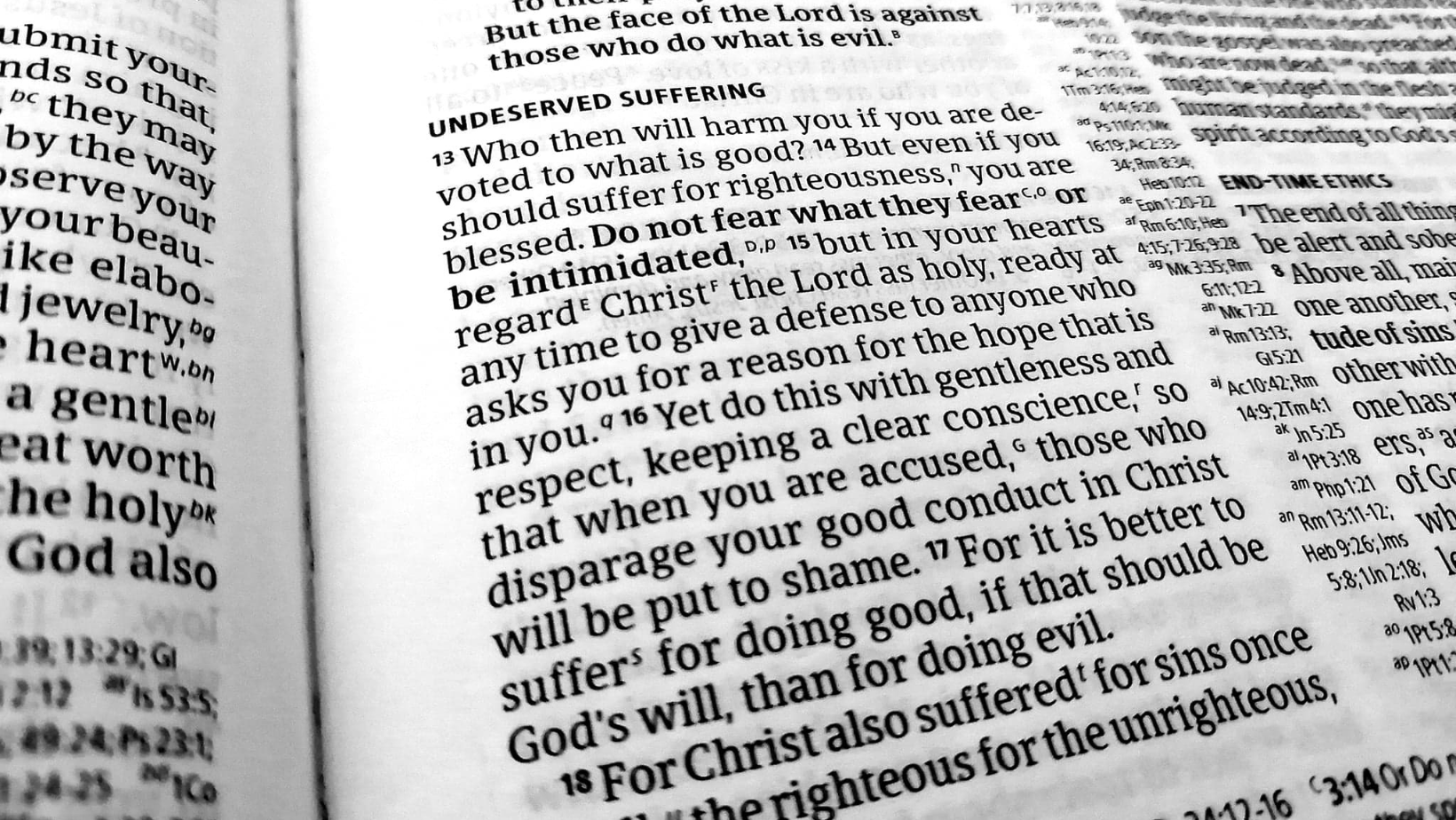 Some Christians, when asked to give reasons for their faith, sometimes give answers that sound like blind-faith copouts to avoid thoughtful conversation. Maybe you’ve heard some of these, like “The Bible can defend itself!” or “The Bible says it, I believe it, and that settles it!”

Ironically, however, despite being avoidance tactics, there is a layer of truth to their words. The Bible does actually offer a defense of its own claims, and it invites its readers to believe them.

In the first two posts in this series, we (1) offered responses to supposedly anti-reason Bible verses and (2) set forth positive evidence for the Bible promoting reasonable faith.

In this third post, we’ll put the final nail in the coffin of the claim that the Bible teaches blind faith and give a very brief overview of how the Bible itself leads the way in offering a reasoned defense of the Christian faith.[1]

The most basic claim of the Christian faith is that God has revealed himself in a special way in the person of Jesus Christ (Heb. 1:1-2). In defense of this claim, the Bible lays out five central arguments throughout its narrative.

Second, we’re told that the conscience bears witness to the moral law which, in turn, testifies to the moral Lawgiver. Paul explains that God has written his moral law on each of our hearts and that our knowledge of his “righteous decree” is sufficient grounds for us to acknowledge him (Rom. 1:28-32; 2:14-15).

For both these reasons, the Bible says that God’s existence is abundantly evident to each and every one of us.

2 – Miracles as Signs of Confirmation

Very early on in the biblical narrative, God determines that he will publically confirm his specially chosen messengers through miracles (Exod. 4:1-17). Such is the pattern throughout the entire Bible.

According to the Old and New Testaments, numerous miracles took place in the midst of ancient Israel and were observed by many eyewitnesses over the centuries spanning from the time of Moses to that of Jesus and his earliest followers (e.g., Deut. 10:21; John 20:30; Acts 2:22, 32).

But why should anyone accept these claims of miracles, especially those associated with Jesus of Nazareth, his earliest followers, and their message?

3 – The Historical Reliability of the New Testament

Anticipating skepticism about their claims (cf. 2 Pet. 1:16), the New Testament writers give two main reasons to trust the historical reliability of their testimony about Jesus, including his miracles.

Second, the New Testament indicates that those writers who were not eyewitnesses carefully researched the reports about Jesus of Nazareth and consulted those who were eyewitnesses. These eyewitness associates include, for example, the author of Luke-Acts (Luke 1:1-4), Paul (Gal. 1:18-19), and the author of Hebrews (Heb. 2:3).

In short, in the Bible’s view, one couldn’t ask for a more historically reliable collection of writings about Jesus of Nazareth than what is recorded in the New Testament.

4 – The Miraculous Confirmation of Jesus

According to the eyewitness testimony of the New Testament, both Jesus’ identity and message were miraculously confirmed by God. Unlike other God-sent messengers who came before him, however, Jesus actually claimed to be God himself.

And along with his identity, Jesus’ message, which he called the gospel or “Good News,” was also miraculously confirmed (Heb. 2:3-4). That message proclaims Jesus’ life, death, and resurrection (1 Cor. 15:1-4), and it promises salvation from sin and all its consequences to all who turn to God through Jesus Christ for that salvation (see, e.g., Rom. 1:16; 6:22-23; 1 Cor. 15:12-58). (This is where believing that God exists turns into believing in him.)

According to the New Testament, Jesus gave divine inspiration and authority to his apostles—a select group of specially chosen disciples—to expound and expand his teachings (John 14:25-26; 16:12-13).

True apostles were miraculously confirmed just as Jesus was (2 Cor. 12:12), and the New Testament writers were all either apostles (e.g., Peter, the beloved disciple, Paul) or approved associates (e.g., James, Jude, the author of Luke-Acts).

And so, they understood their writings as marking the completion of God’s written revelation to mankind and of the delivery of the Christian faith (Jude 3; cf. Rev. 22:18-19).

So if anyone is a theologically reliable source of information about Jesus of Nazareth, it’s each and every one of the divinely inspired and authoritative New Testament writers who were specially commissioned and equipped by him to be this very thing.

Reasonable Faith, Through and Through

To summarize, the Bible’s reasoned case for the Christian faith is that according to our historically reliable New Testament, the God we know exists miraculously confirmed Jesus of Nazareth’s divine identity and gospel message, as well as the New Testament writers’ theological authority on these matters.

So not only is the Bible (1) not anti-reason and (2) entirely pro-reason, but it also (3) leads the way in giving reasons for trusting in Christ.

Regardless of whether or not you personally accept those reasons, I hope you can at least agree that the notion that the Bible teaches blind faith is completely false.

But if you do accept the Bible’s reasons for trusting in Christ, then this should encourage you to develop, preach, and defend a reasonable faith—just as the biblical writers do.

[1] For a much more detailed and comprehensive survey, see my article “The Bible’s Case for Christianity,” Journal of the International Society of Christian Apologetics 14 (2021): 9-35.