What You Say… and How You Say It

Previous Next
What You Say… and How You Say It 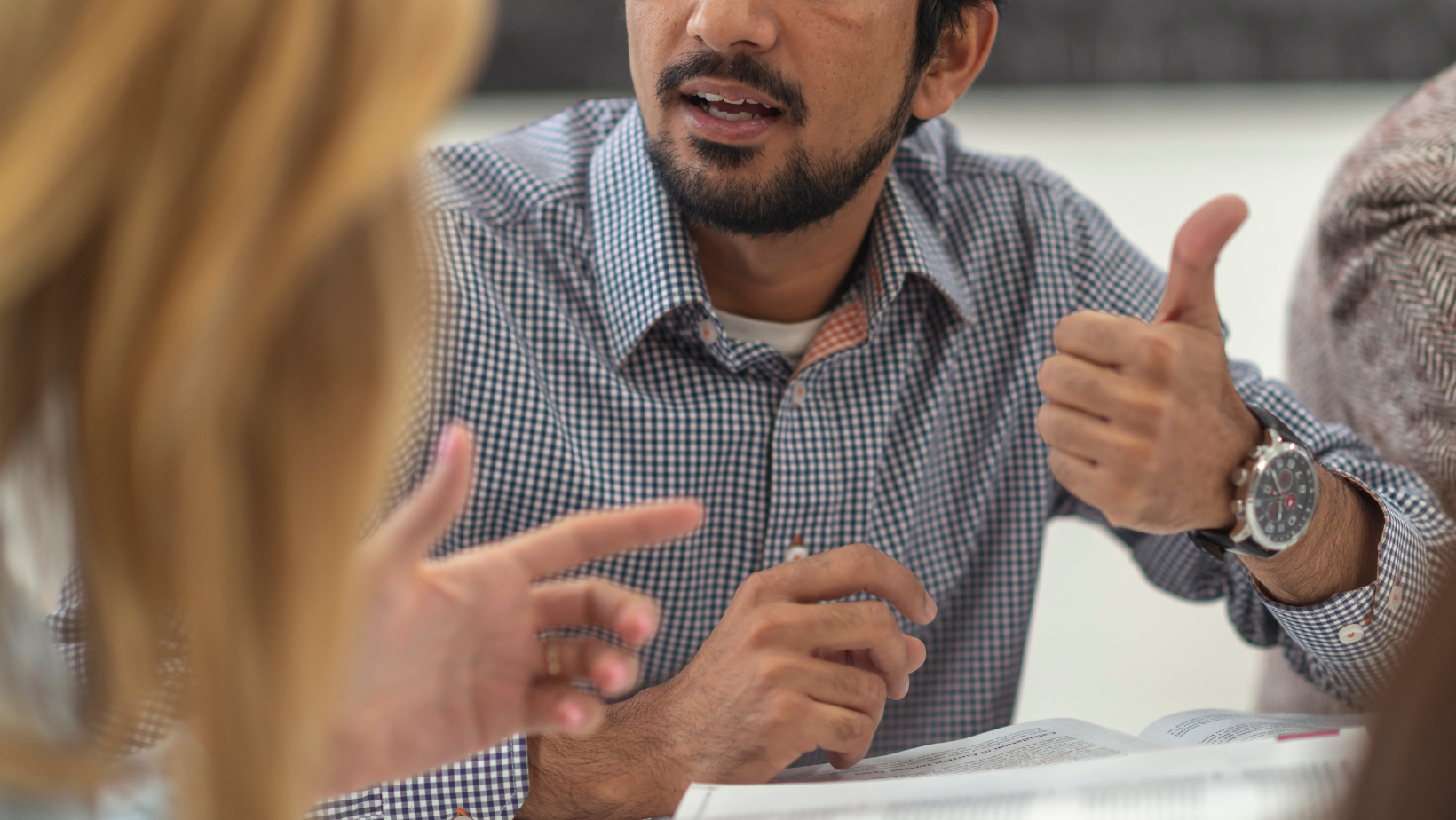 Early on in my ministry with Ratio Christi, I was invited to share about our work with a regional association of pastors from various denominations.

I received a warm welcome for the most part… right up until I was introduced by the president of the association, whom I had only just met.

He addressed the rest of the pastors and briefly mentioned who I was and what I do. So far, so good.

But then the president looked me straight in the eyes and said in front of everyone, “Apologetics has left a bad taste in my mouth.” He then went on to share how his experience with apologists had been less than favourable: that they were unloving, prideful, rude, and condescending in their approach. He had apparently come to associate these attributes with the entire apologetics enterprise!

What an introduction to my presentation! But was this pastor right? Do Ratio Christi and other ministries like it have these inherent character flaws?

Well, my new pastor friend was certainly correct that certain apologists can be less than Christ-like in their approach to defending the faith.

However, this doesn’t mean that the discipline of apologetics itself should be abandoned as a lost cause.

Done properly, apologetics ought to be loving, humble, gentle, and respectful. These attributes flow from having the right motivation for doing apologetics—one which may have been lost on the particular apologists this pastor encountered.

As I explained to the group of pastors who sat before me—and as we’ve covered elsewhere on this blog—the goal of any apologetics ministry (like Ratio Christi) should be to remove intellectual barriers to saving faith in Jesus Christ.

From these right motivations flow the proper attitude for doing apologetics—an attitude necessary if we are to effectively win others to Christ.

Keeping Your Attitude in Check

In my new pastor friend’s experience, the apologists he encountered were unloving, prideful, rude, and condescending. Needless to say, this falls a bit short of a Christ-like attitude!

But, as already mentioned, this doesn’t reflect a problem with apologetics. Rather, it’s symptomatic of poor motivations by (perhaps well-meaning) apologists.

When an apologist seeks to exalt the name of Christ rather than their own, their heart is automatically oriented towards an attitude of humble service as ambassadors of Christ (Phil. 2:1-11).

When they seek to prove the truth and power of the gospel rather than that of their own intellect, they’ll be more inclined to be gentle and respectful to those with whom they disagree and who still have intellectual barriers standing between them and faith in Christ (Col. 4:5-6; 1 Pet. 3:15).

And when they seek to win over the hearts and minds of the people they reach rather than act like they’re on a high school debate team, the love of Christ will shine through in their urgency for the lost (Eph. 4:15).

The bottom line is this: it doesn’t only matter what you say; it also matters how you say it. You could say something that’s completely true, but if it’s said in an unloving, prideful, rude, or condescending manner, people won’t want to hear it.

Having the right motivations and a proper attitude in our approach to defending the faith, then, is absolutely necessary and should always be kept in check.

And this isn’t only true for effectively reaching unbelievers with the gospel. It also applies to persuading skeptical Christians like my new pastor friend of the importance of apologetics.

After the less-than-favourable introduction to my ministry presentation given by the president of the regional pastoral association, I kindly suggested that he had really taken issue with certain apologists and not with apologetics in and of itself.

I then proceeded to share with the association what Ratio Christi is doing to reverse the fall-away rate of young people from the church. This included sharing our motivation and attitude for doing apologetics, the biblical basis for reasonable faith, as well as our overall approach to this type of ministry.

I wasn’t sure what kind of impression I was leaving on the group. After all, it kind of felt like it was my word against the association president’s!

But I was pleasantly surprised.

Following my presentation and the end of the meeting, the pastors spoke favourably of Ratio Christi’s ministry and wanted to figure out ways to work together in our common kingdom cause.

But to my greatest surprise, one of them was my new pastor friend—the president of the association—who now said to me in front of others, “We need to get you into our churches.”

Wow, what a turnaround! Maybe he can open with that next time!